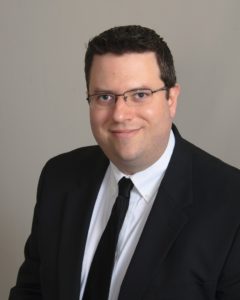 Adam Warshafsky is an Adjunct Assistant Director of Bands at The College of New Jersey where he teaches:

Adam Warshafsky received his bachelor’s degree from the University of Pennsylvania in Philadelphia, PA. During his time as an undergraduate student, he served as an assistant conductor of the University of Pennsylvania Wind Ensemble under the direction of Dr. Ricardo Averbach. Adam also restructured the Penn Jazz Ensemble and brought it back to the forefront of performing arts at the university. He served as its interim artistic and administrative director until he collaborated with the university to secure a permanent director.

Adam completed his graduate work at the University of Michigan where he received his master’s degree in music education. During his time in Michigan, Adam had the opportunity to study with a number of faculty who significantly influenced him as a person and musician, including Michael Haithcock, Steven Davis, James Tapia, Scott Teeple, Jamie Nix, Betty Anne Younker, Sandra Snow, Colleen Conway, and Donald Sinta. As a graduate student, Adam also served on the staff of the Michigan Marching Band where he co-wrote the drill for two shows and assisted in teaching the marching band techniques course.

In the fall of 2012, Adam was hired as the supervisor of visual and performing arts for the Montgomery Township School District. In this role, he has been successful in significantly expanding the music and visual arts programs in all of the district’s schools.

Outside of Montgomery, Adam enjoys guest conducting opportunities whenever possible. He has been a guest clinician for high school and middle school bands in Michigan, Ohio, New Jersey, New York, and Pennsylvania and has been invited to conduct several honor bands. Adam has served on the executive boards of the New Jersey Music Educators Association, Central Jersey Music Educators Association, and the New Jersey Association for Jazz Education.  Additionally, Adam was appointed the assistant conductor of the Eastern Wind Symphony in July, 2011 and the conductor of the Eastern Wind Symphony Youth Band in the fall of 2012. The Eastern Wind Symphony Youth Band comprises 60 students from over 20 high schools across the state of New Jersey.