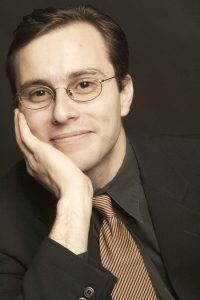 Alberto Parrini is an Adjunct professor of Music at The College of New Jersey where he teaches:

Born in Italy, Alberto Parrini is principal cellist of the Northeastern Pennsylvania Philharmonic and a member of the American Symphony and Orchestra of St. Luke’s.

As a founding member of the Zukofsky Quartet, he has given performances of the complete string quartets of Milton Babbitt in New York and Chicago. He performed throughout the U.S. with the American Chamber Players from 2004 to 2010, was the cellist of the St. Lawrence String Quartet in 2002 to 2003, and spent one season as assistant principal cellist with the Richmond Symphony.

His principal studies were at the Curtis Institute and the Juilliard School, with Timothy Eddy, Joel Krosnick, David Soyer, Colin Carr, and Enrico Egano.

Mr. Parrini teaches cello at Princeton University and, in the summer, at Kinhaven Music School. He is also co-director of the Adult Chamber Music Workshop at Kinhaven.