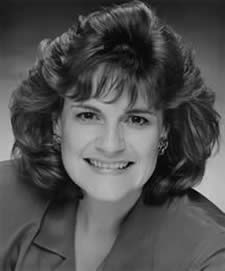 Dr. Suzanne Hickman has been a member of the music faculty since 1985, serving as Department Chair from 2002 to 2008. In addition to her administrative responsibilities as Area Coordinator of Vocal Studies, Dr. Hickman also teaches:

Dr. Hickman was a TCNJ Exchange Professor to Universität Frankfurt from 1992 – 1993. She has also been a faculty member of the New Jersey Governor’s School for the Arts since 1993 and a National Association of Teachers in Singing (NATS) member since 1978, having served as both New Jersey NATS Secretary and New Jersey NATS President. Prior to bringing her talents to New Jersey, Dr. Hickman was the Producer and Stage Director for the Opera Theater at Northeast Louisiana University, where she also taught Studio Voice, Diction, Vocal Pedagogy, Class Voice, and Performance Techniques.

Dr. Hickman was awarded the Fulbright Travel and Language Study Grant, OperaWorks Study Grant, and the Travel and Study Stay at Brahmshaus, Baden-Baden. Her doctoral project was “Solo Repertoire for the Coloratura Soprano Voice in the Published Operettas of Victor Herbert, 1894-1924.” While completing her studies at DePauw University, Dr. Hickman interned at the Metropolitan Opera Studio, where she studied with Eleanor Steber. In addition, she has been studying voice for many years with David Jones in New York City.

As a soprano performer, Dr. Hickman has enjoyed a singing career in Europe and the United States. She toured in an AIDS benefit concert performing in Amsterdam, Cologne, and Berlin, garnering rave reviews. Other European engagements include performances at Amerikahaus and Johann Goethe Universität in Frankfurt, and a concert tour in Austria including Haag, Vienna, Bad Ischel, and Linz. Highlights of her U.S. performances include the Delius Society, National Association of Teachers in Singing, Shreveport Opera, Opera Festival of New Jersey, TCNJ Opera Theater, International Congress of Voice, National Federation of Music Clubs, and many community concert associations. Dr. Hickman traveled to Madrid to be a featured soloist for the College Music Society’s International Conference in 2006.