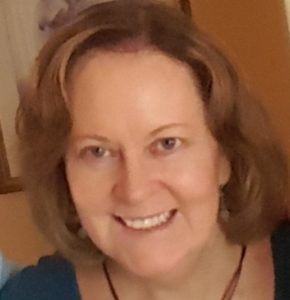 Kathryn Mehrtens an Adjunct Instructor of Horn at The College of New Jersey where she teaches:

She has hosted a number of Master Classes at TCNJ, featuring artists such as Arnold Jacobs, Philip Farkas, Barry Tuckwell, Bill Capps, and Randy Gardner.  Ms. Mehrtens is also on the faculty of Eastern University and The Music School of Delaware, is a member of the International Horn Society, and has been an ensemble coach for Summertrios, a chamber music festival.  She has an extensive private horn studio with students from Pennsylvania, Delaware, and New Jersey, many of whom have gone on to graduate study at schools such as: Eastman School of Music; Manhattan School of Music; Curtis Institute of Music; Peabody Conservatory; College-Conservatory, University of Cincinnati; Northwestern University; and Longy School of Music. She has also served as an orchestral audition judge at the International Women’s Brass Conference.

Ms. Mehrtens is an active freelance hornist in the Philadelphia area.  She is third horn with the Pennsylvania Ballet Orchestra and principal horn in the pit orchestras of the Academy of Music and the Forrest and Merriam Theaters, where she has played Les Misérables, The Phantom of the Opera, West Side Story, Showboat, Cats, Miss Saigon, Beauty and the Beast, Wicked, The Lion King, Spamalot, Mary Poppins, and numerous other touring Broadway productions.  She is also a member of Orchestra 2001 and Chamber Orchestra First Editions.  Ms. Mehrtens plays principal horn with Opera Delaware, and has performed with the Philadelphia Orchestra, Opera Philadelphia, the Delaware Symphony, the Chamber Orchestra of Philadelphia, West Jersey Chamber Orchestra, Academy of Vocal Arts Orchestra, and the Northeastern Pennsylvania Philharmonic.