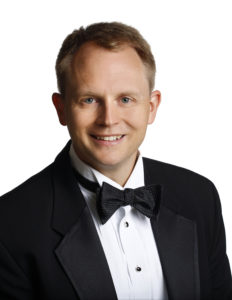 Professor of Music and Director of Choral Activities

John P. Leonard is Director of Choral Activities at The College of New Jersey where he regularly teaches:

John P. Leonard is Professor of Music and Director of Choral Activities at The College of New Jersey where he has led and prepared TCNJ’s choral ensembles in performances throughout the region, including appearances with the Philadelphia Orchestra, multiple concerts at Lincoln Center with the Philharmonia Orchestra of New York, and the “Great Music at St. Bart’s” concert series in Manhattan. Under his leadership since 2010, TCNJ’s Chorale has commissioned, performed, and recorded numerous premieres including Robert S. Cohen’s The Road Back, Donald McCullough’s Song of the Shulamite (released on Centaur Records in 2022), Georg Frederic Haas’s Sieben Klangräume to Accompany the Incomplete Fragments of Mozart’s Requiem, Andrea Clearfield’s Poet of the Body and the Soul, and the 2021 World premiere of Rollo Dilworth’s Weather. Dr. Leonard is currently Music Director at Newtown Presbyterian Church in Newtown, PA and was Acting Artistic Director of the Mendelssohn Club of Philadelphia for the 2019–2020 season which included the world premiere virtual performance of Ola Gjelo’s Roots at the annual Chorus America Conference in June 2020. He previously served as the Mendelssohn Club’s Associate Conductor and core a tenor for many years. From 2010-2012, Dr. Leonard was the Artistic Director of Cantus Novus chamber choir in Bucks County, PA, where he produced the ensemble’s first professional recording, Jubilate! A Celebration in Song. As an educator, Dr. Leonard has taught at the primary through collegiate levels and is an active clinician and guest conductor throughout the region. As a scholar, he completed a critical performing edition of Gluck’s Orfeo ed Euridice with Universal Edition A.G. Vienna in 2019. Over the coming two years, he will perform and record Heinrich Schütz’s Il primo libro de Madrigali, Op. 1 and Psalmen Davids, Op.2. Dr. Leonard holds B.M. degrees in both Voice and Music Education from The Hartt School of Music, a M.M. in Conducting from Temple University, and a D.M. in Conducting from Indiana University. He lives in Bucks County, PA with his wife and twin sons.