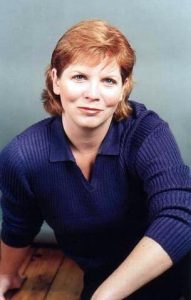 Jennifer Little spent over fifteen years as a professional actress, performing on Broadway with such luminaries as Harold Prince, in film with Ron Howard and Penny Marshall, and television.  Her credits include The Phantom of the Opera, Sweeney Todd, Into the Woods, Mame, As The World Goes Round,and others. More recently, she turned to working with at-risk students, doing Literacy Through The Arts, guest artist programs, and arts programs for inner city schools.

In 2005, she began teaching full-time, bringing applied theatre to standard curriculum programs within public schools in the U.S., and integrating Social Studies and English into the arts.  She has spent a decade teaching in Somerset, New Jersey, where she created a critically acclaimed program that focuses on theatre’s role in society and actors’ responsibility to the world.  She has spoken at New York University’s conference on Applied Theatre and Citizenship, the 2012 Educational Theatre Association’s (EdTA) Conference, Human Rights in Global Perspective Conference, AATE National Conference, and National Drama Conference in Wales.

Her article, “Applying Ourselves to the Human Drama – How Documentary Theatre Helped One School Find Its Heart,” was published in the fall 2010 issue of Teaching Theatre,and in Spring 2011 in National Drama’s Quarterly Journal. She recently published Changing the Way We Think, a book outlining her district’s program for using drama and the arts to tackle the issue of school bullying and how to make students’ communities safer. Her theatre company has performed across the tri-state area, including introducing a new Theatre of the Oppressed piece entitled Choices, which has been performed for the last two years. Her group has partnered with the Tyler Clemente Foundation, The National School Climate Center, the New Jersey Mental Health Association, the Lifeline Association, the New Jersey Traumatic Loss Center, and others. She has led workshops with academic and theatre students and professionals across the country on using arts to explore social issues, and just returned from the Edinburgh Fringe Festival, where her applied theatre troupe presented their original, award-winning piece Shadows to sold-out audiences.

She spent the last year and a half with the National Coalition for Core Arts Standards (NCCAS), writing the new national standards for theatre and was a 2014 New Jersey State Jefferson Youth Project 360 Honoree for Peace and Justice. She traveled to Bangladesh courtesy of an Association of Performers and Presenters (APAP) grant in order to study Bangladeshi theatre and present workshops on American theatre at the University of Dhaka and Bangladesh Institute of Theatre Arts.