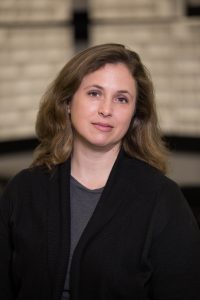 Dr. Nakra is an internationally recognized expert in the field of Music Technology, with specializations in Computer-Human Interfaces, Music Perception, and Affective Computing. Her interactive conducting experiences (“You’re the Conductor” and “Virtual Maestro”) have been showcased across the United States and Europe in numerous museums, music festivals, and concert halls. Her work has been profiled in the New Yorker Magazine, the New York Times, CNN Headline News, BBC World Service, and the Associated Press.

Dr. Nakra’s invention, the “Conductor’s Jacket”, was nominated by Alumni of MIT to be included as Object #55 in the MIT150 Exhibition, a year-long celebration of MIT’s founding. She organized an international workshop called Music, Mind, and Invention that brought leading scholars in Artificial Intelligence, Mathematics, Music, and Creativity to our campus in March 2012.