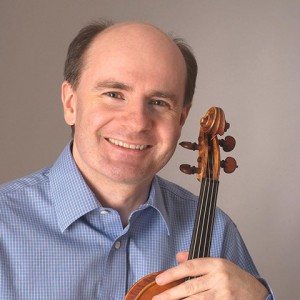 Uli Speth is Adjunct Instructor of Violin, Coordinator of Strings, and Director of College Orchestra, where he teaches:

A native of Germany, Uli Speth completed his undergraduate studies at the Mozarteum in Salzburg,Austria, where he was a student of Harald Herzl of the Pro Arte Quartet Salzburg. He participated in numerous performance classes given by Yfrah Neaman, Thomas Brandis, Jaap Schroeder, Glen Dicterow, and Nikolaus Harnoncourt, among others. He subsequently earned his Master of Music degree from the Mannes College of Music, where he was a student of Felix Galimir, from whom he received both violin and string quartet training. He is first violinist of the Diller-Quaile String Quartet in residence at the Diller-Quaile School of Music in New York. This group has played concerts throughout the U.S., commissioned and premiered new pieces for string quartet, and performed live on Vermont Public Radio and KMFA of Texas. As a chamber musician, Mr. Speth has also enjoyed the opportunity of performing alongside well-known soloists and members of the Hagen, Pro Arte, Cavaliere, and Ying quartets, as well as the Orpheus Orchestra. His recent performances of concerti by Bach, Haydn, Mozart, Beethoven, Mendelssohn, and Vaughan Williams, and solo recitals have earned him praise by critics of the Austin American Statesman, Salzburger Nachrichten, and Broome County Arts Mirror. He serves as concertmaster of the Binghamton Philharmonic Orchestra and is on the faculties of Hartwick College and Nyack College (Manhattan Campus).