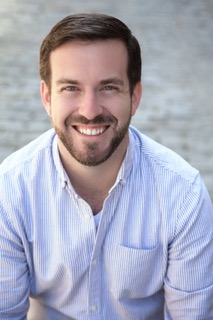 Steven Eddy is an Adjunct Instructor of Voice at The College of New Jersey where he teaches:

​Mr. Eddy has also received great praise as an interpreter of art song. He made his New York recital début in October 2015 as a winner of the 2015 Joy in Singing Debut Artist Award. Since then, he has appeared as a frequent guest artist with Brooklyn Art Song Society and also appeared with Philadelphia’s LyricFest in the world premiere of Daron Hagen’s song cycle The Art of Song. Mr. Eddy also collaborated on featured recital projects as a Marc & Eva Stern Fellow with SongFest at Colburn and as a Vocal Arts Fellow of the Tanglewood Music Center.

​The 1st Prize winner of the 2019 Oratorio Society of New York Competition and the 2015 Joy in Singing Debut Artist Award, Mr. Eddy also received prizes as a Regional Finalist of the Metropolitan Opera National Council Auditions and the University of Michigan Friends of Opera competitions. He was also the recipient of the Earl V. Moore Award in Music from the University of Michigan and was a finalist in both the Dallas Opera Guild and Connecticut Opera Guild competitions.