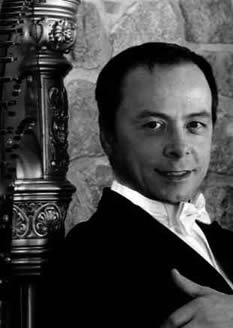 André Tarantiles is an Adjunct Instructor of Music at The College of New Jersey, where he teaches:

André Tarantiles has been referred to by The New York Times as “an expert harpist” and by the Newark Star Ledger as “clearly a virtuoso”. He received his BM and MM degrees in harp performance from Indiana University School of Music.

He was honored to be invited to play several concerts as Principal Harpist with the Orquesta Sinfonica de Puerto Rico in San Juan and at the Kennedy Center. His performance of Mozart’s concerto for flute and harp was broadcast throughout  Latin America on CER TV.